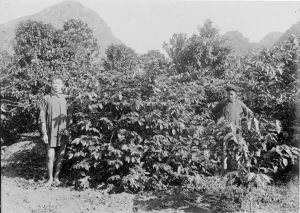 Coffee plant is discovered by goat herdsmen in Kafffa, Ethiopia in 1671, they accidentally noticed their goats can run tirelessly after eating an unknown plant that has white flowers and red fruits. They tried to extract juice from the fruit and after drinking they was able to stay awake for a long time. Since then coffee drink is known. After the 9th century, coffee beans were brought to the Arabs by slave traders, where they were found to be roasted and use them as a drink. The Arabs are also the exclusive coffee traders at the moment, trading coffee with other traders in the port city of Mocha – the modern city of Al Mukha in Yemen. 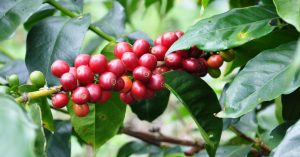 Late 1970s, early 80s of the last century, the French brought Robusta beans (ground coffee) and planted throughout plantations in Gia Lai province. Although grown after Arabica beans, Robusta beans are more adapted to the land’s soils and climate. With their rapid expansion, Gia lai is the second largest Robusta grower in the Central Highlands, contributing significantly to the exporting volume of Vietnamese coffee.